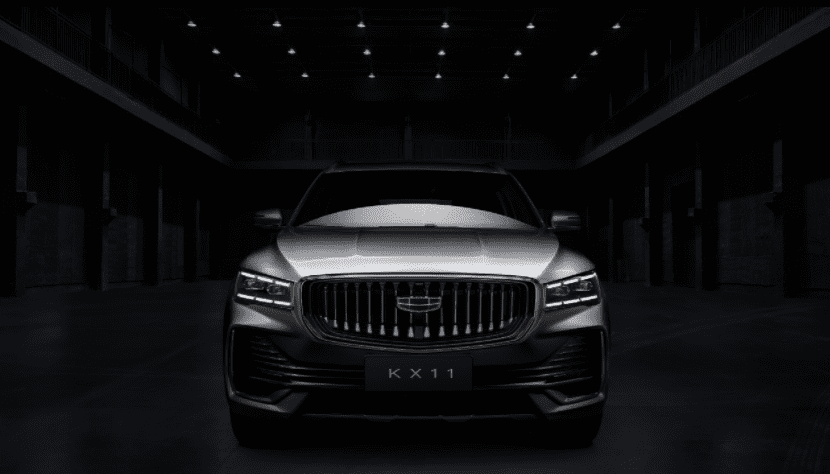 Geely Automobile brought its latest technology and SUV Liberator product KX11to the 19th Shanghai Automobile Show, known as the Shanghai Auto Show which will run from April 19 to 28, 2021. With the introduction of KX11, Geely unveiled the “Liberator Action” to global user which will make full use of the power of science and technology to subvert industry standards and user experience with service innovation, and reshape the industry landscape. In addition to the three high-end products of “Star” series under Geely’s CMA architecture, the entire range of Geely’s SUV, sedan, MPV models were on display at the show.

SUVs are the most popular choice for new urban car buyers outside of sedans. As a rising star in the SUV segment, Geely has never stopped exploring and subverting the SUV segment，and has launched a number of highly competitive SUV models in recent years, such as COOLRAY with interesting performance, AZKARRA with delicate and steady performance, which have won unanimous praise in the global SUV market.

However, in the face of the ever-escalating needs of SUV users, especially for the high-profile, socially-minded people who are loyal to their careers but also love their families and want to give them the best of everything, there is no model that perfectly suits their needs. In view of the pain points of current SUV users, Geely unveiled the KX11, a heavyweight SUV model born from the CMA architecture, at the Shanghai Auto Show, based on its long-term technological accumulation and deep insight into user needs. On behalf of KX11, CEO of Geely Auto Group, Gan Jiayue released “SUV Liberator Action” in the form of user dialogue at the auto show.

SUV Liberator Action 1: for users, we are leading in five aspects of “safety, health, intelligence, performance and energy saving”, becoming the maker of SUV international standards, and entering the Geely Auto 4.0 Era of Modular Manufacturing.

SUV Liberator Action 3: For users, adhering to high-quality development and practicing user commitment. Dialogue with users in a new form, zero distance with users, and gradually grow into a user-friendly enterprise.

CEO of Geely Auto Group, Gan Jiayue, said, “in the pursuit of technological advancement, the SUV Liberator KX11 is a luxury gift for users in the Geely Auto 4.0 Era.” Geely is heading towards a high-quality development phase of a fully racked constructed vehicle.

After the global debut of SUV Liberator KX11, it has generated a high level of concern and extensive hot debate: can the core technology surpass the leadership of international brands? Will the intellectualization be as constantly iterative as that of pure electric products? Can the user experience be more open, diverse and innovative? At this auto show, Gan Jiayue announced the intelligent technology points such as mobile 5G high-speed mobile communication technology and whole-vehicle all-area FOTA online upgrade technology and so on in his reply letter to KX11 fans to respond one by one.

Xingyue L supports the whole vehicle OTA online upgrade technology, which can keep connected to the network at any time like a mobile phone and update in real time, allowing users to enjoy a frequently used and always new evolutionary experience. In terms of autonomous driving, Xingyue L is equipped with 5G-AVP 1km unmanned parking technology, which enables real-time communication between the car park end, the car cloud end and the mobile end with the help of 5G technology, so that the vehicle can independently find a parking space to park and independently locate the owner, and with the help of safe autonomous driving, users can be completely freed from the difficult parking scenario.

As a new high-end SUV under Geely’s CMA architecture, KX11 perfectly inherits the five global genes of CMA architecture, namely “safety, health, intelligence, performance and energy saving”. CMA architecture is the core of “Geely Auto 4.0 Era”. The products bred by CMA architecture will enter the “5G” era, making Geely Automobile and even China automobile maintain the leading technology in the next 10-15 years, and fully meet the most cutting-edge and high-end vehicle demand of users.

In order to continuously improve its technological strength, Geely has continued to invest more than 100 billion in R & D in ten years. In 2020, it will invest 4.8 billion in R & D, accounting for 5.2% of its revenue, which is at a high level in the industry. At the same time, it has built a life guardian safety and health laboratory, invested hundreds of millions of yuan each year to build a comprehensive health car, and actively laid out the intelligent three-dimensional travel ecology of the future integration of heaven and earth, so as to build a “super intelligent mobile terminal” with high integration of online and offline. With the “new four modernizations” as the core, Geely is mastering its core technology advantages and continuously improving its capabilities in cutting-edge technologies such as new energy technology, vehicle networking, intelligent driving, shared mobility, in-vehicle chips, low-orbit satellites and flying cars. Geely has entered a new stage of development in the Geely Auto 4.0 Era and has the strength to win any technological battle. With sky-earth integration, 5G vehicle-road collaboration, and driver lessness, Geely has got the pass to enter the smart city of the future.

Over the past 30 years, Geely has been running forward, and its customers have been the driving force behind its progress. From 1.0 economic cars, to 2.0 safety cars, 3.0 quality cars, to 4.0 intelligent cars; from the initial dream of fulfilling the dream of ordinary people’s cars, to the successful integration of Volvo, Proton and Lotus, to the start of satellite and flying cars, to the launch of the new generation of “SUV Liberator” –From the initial dream of a sedan for the general public to the successful integration of Volvo,

Proton and Lotus, the start of satellite and flying cars, and now the launch of the new generation of “SUV Liberator” – KX11, Geely Automobile has always insisted on high-quality development and fulfilled its commitment to customers.

Today, Geely Automobile has become a Chinese brand leader with more than 10 million users. Taking the opportunity of the Shanghai Auto Show, Geely wrote a reply letter to all fans who love the KX11, expressing not only “gratitude and respect to users”, but also “our commitment to give our all to fulfill every wish of our customers! Geely also announced the recruitment of “Star Experience Officers” and the implementation of the CMA Day program, which will help the company gain more and more fans and open up a new era of SUV intelligence with thousands of users, and will be the focus of Geely’s efforts to reach the next 10 million users.

At the same time, Geely’s overseas market expansion has accelerated, and its brand image and influence have been continuously improved. In 2020, In 2020, Geely’s overseas sales will increase by 25% to nearly 73000 vehicles (including proton) and four new markets including Jordan, Iraq, Myanmar and Israel will be signed, covering nearly 30 countries, with nearly 400 overseas sales and after-sales outlets. Star products are going overseas one after another, and various markets have won various media awards, which are widely praised by users. In 2021, Geely International’s overseas journey continued with a total of 14,697 units shipped in Q1, an increase of 190.85% year-on-year, and total terminal sales of 10,338 units, an increase of 78.09% year-on-year. Geely International’s General Manager mentioned in the interview that, based on the accumulated experience in international operations so far, Geely’s international strategy will only become more determined and its pace will grow in the future. Geely will adhere to the user-centric approach, cooperate fully with partners in all markets, explore more ways to build products and experiences that satisfy and surprise users, deepen communication with users, and become a warm, trustworthy and communicable brand with zero distance from users, creating a travel experience for users that exceeds expectations.