The Best is Back – Bo Yue PRO is the Most Intelligent, Connected SUV of its Generation 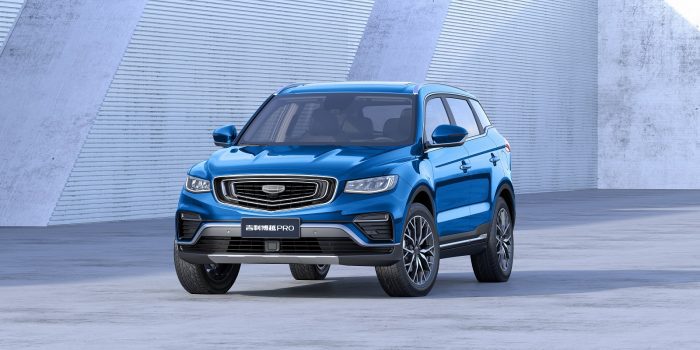 2019 July 08. Hangzhou, China. Geely Auto’s (Geely) newest and most intelligent SUV to date, the Bo Yue PRO was fully unveiled to the public at a design seminar in Hangzhou.

A week prior, at the launch of the GKUI19 Geely Smart Ecosystem and China’s first independently developed dedicated vehicle chipset, the E01, the Bo Yue PRO was announced to be Geely’s first model to receive the new hardware. The addition of the GKUI19 and E01 chipset has essentially put a “super brain” into the Bo Yue SUV. To match its enhanced intelligence, comprehensive improvements to the original Bo Yue SUV have been made including power and design.

The intelligence upgrade has put the Bo Yue PRO one step closer towards being a true mobile terminal envisioned in Geely’s mobility ecosystem, in which vehicles become a third living space for its passengers rather than just a mere tool of transportation. With the GKUI19 empowered by its dedicated E01 chipset, the Bo Yue PRO transforms into a mobile entertainment system, a control hub for smart devices at home or in the office, a mobile phone, and a mobility service provider.

Speaking at the design seminar, head of Geely Design China, Guy Burgoyne said “We had to go even further than the original class-leading Bo Yue, which was known for the “three G’s”. Good to use, Good performance, and Good intelligence. The Bo Yue PRO has evolved in all dimensions, conveying greater confidence with an ever evolving design language. This new model is an upgrade in all aspects, confidently redefining the segment for a lifestyle inspired premium SUV.”

From the rear quarter, the Bo Yue PRO’s design clean and logical featuring Geely’s distinctive chrome strip that stretches towards the outer edges into the rear lamps. The three-dimensional Chinese fan inspired twisting rear lamps perfectly represent the combination of technology and culture.

After listening to consumer feedback from across our global markets, Geely has moved to lower the load height of the rear tailgate, giving more space to users and allowing for easier loading and unloading of personal items.

The interior of the Bo Yue PRO has been made more spacious with a harmonious and elegant design.  Air vents stretch from both sides of the instrument panel and push into the doors, enhancing the perceived transverse space.  Fluid interlacing layers fold and twist to help enhance visual depth throughout the cabin. The most eye-catching feature is the two HD central infotainment panel and full LCD instrument panel which seamlessly integrate into the high tech dashboard with ambient lighting that emulate wood grain textures.

The new Bo Yue PRO is a comprehensive upgrade in terms of design, intelligence, and power, opening the door to the 5G “Internet of Everything” era. The model represents Geely Auto’s determination to be the leader of intelligent connected vehicles. The model will be fully launched later in the quarter. Pre-sale booking for the Bo Yue PRO has opened in the Chinese market.