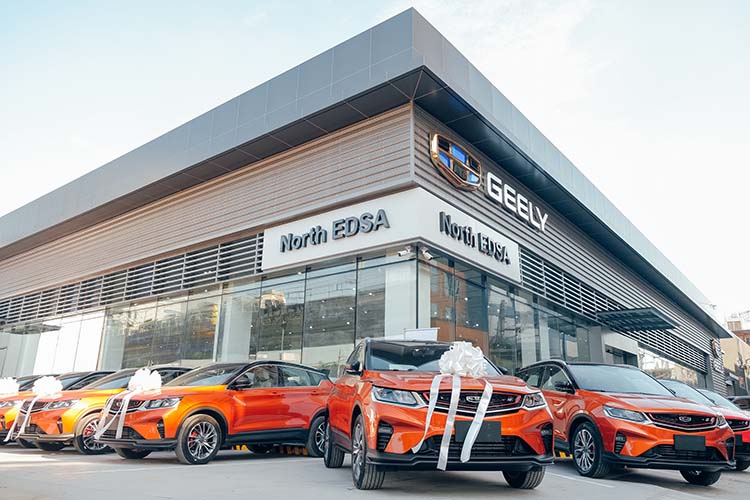 Sojitz G Auto Phillippines recently launched the Geely brand back in the country which aims to provide the market a totally new driving and car ownership experience.

Last September 26, 2019, SGAP also formally inaugurated its Flagship Showroom in the heart of Quezon City. The newly built showroom is located at 75 Corregidor Street EDSA, Quezon City with a 1,160 sq.m showroom floor area which can display 20 cars inside and around 2,600 sq.m for after sales which is considered one of the biggest in the world for the Geely brand. The SGAP showroom facility also hosts comfortable lounges for customers and guests for both sales and after sales.  Apart from the recently launched Coolray sub-compact SUV, also in display in the North Edsa showroom are models that showcases the the latest technology of Geely such as the Coolray Plug-in Hybrid Electric Vehicle (PHEV) and the all new Geely Atlas compact SUV. During the construction of its dealership facilities, SGAP already started its pre-selling activities of the Coolray in different shopping malls in the metro such as U.P Town in Quezon City and Uptown Mall in Bonifacio Global City and Trinoma mall also in Quezon City. The pre-selling campaign garnered was very much accepted garnering multiple reservations at the different sites.  For its pre-selling and introductory campaign SGAP is offering Php 100,000 off the Coolray Sport.

The Coolray is a small SUV packed with cool and state of the art features which gives meaning to its name. It is powered by a 1.5 Gasoline Direct Injection 3-cylinder Engine equipped with Turbocharger and Dual Variable Valve Timing. It churns out 177 Ps of power and give 255 Nm of Torque. 0 to 100 km/h in 7.9 seconds and is paired with 7 speed Wet Dual Clutch Transmission.  The top of the line, Coolray Sport also hosts innovative technological features such as the Auto Park Assist system and 360-degree view camera which makes driving more fun.  Six (6) SRS airbags and a Blind Spot Detection system are also standard safety features for the Coolray Sport.

The suggested retail prices of the Geely Coolray are as follows: