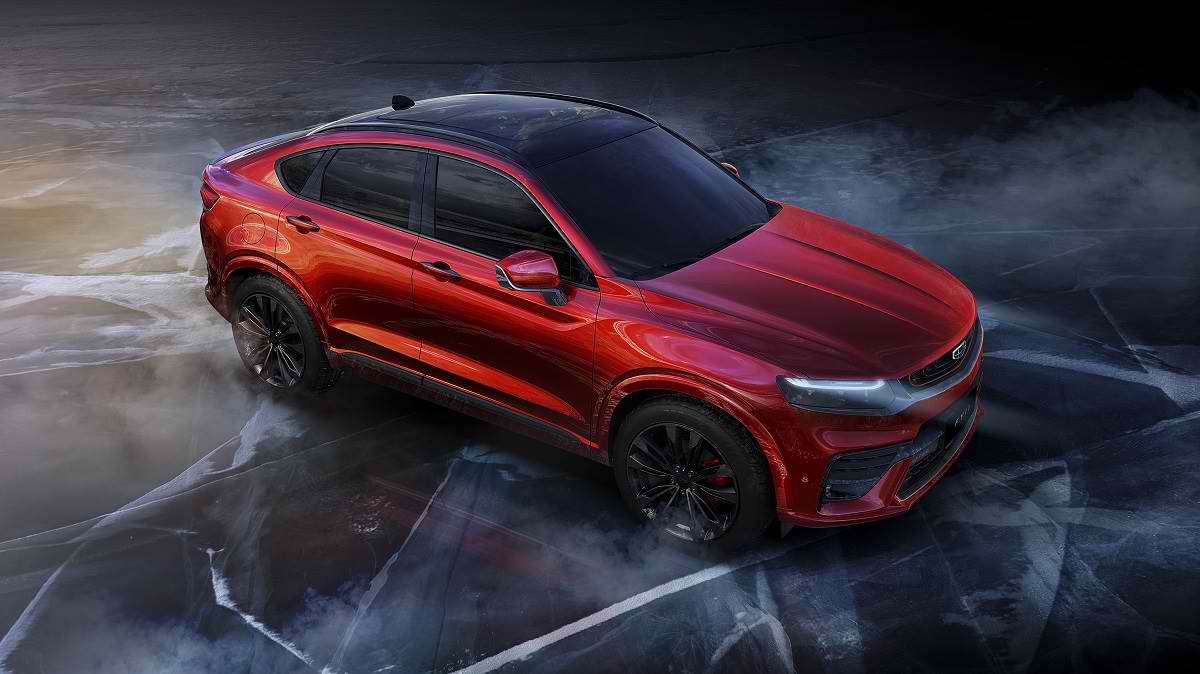 The Geely Sports Coupe is the third vehicle to be launched by Geely Auto in 2019. Geely also plans to launch a pure electric sedan and an all new MPV as part of a strategic push into new segments.

The Geely Sports Coupe SUV will be the first Geely Auto model to be based on the Compact Modular Architecture (CMA) that was jointly developed with Volvo Cars in Sweden.

The use of CMA in the development of the FY11 gives room for true flexibility and scalability, allowing the engineers and design team to work together to create a vehicle that has true sporting credentials; from powertrain to design.

The Geely Sports Coupe SUV was designed to impress from all angles when looked upon; the front is slender at the top but the bottom air intake is large and deep, emphasizing its sporty performance whilst providing the car with a strong stance.

Geely’s signature expanding cosmos grille is also present here but with a dynamic twist, along with a horizontal chrome strip that stretches the full width and then connects with the slim arrow headlamps, further emphasizing the strength of the vehicle. When combined with the lower blade-like features, the front conveys a confident expression.

The FY11 takes full advantage of the flexibility and scalability of the jointly developed CMA architecture as its front and rear suspension systems have been lowered for better handling and aesthetic appeal.

From its side profile, the FY11 can be seen sporting a fastback style. The curved roofline combined together with its wide profile and muscular shoulders give the FY11 an image of a larger cat as it is pouncing, continuing Geely’s unique identity of having its designs centred on the family of cats.

In addition to its unique design, the FY11 will come equipped with a powerful 2.0TD engine that offers maximum power of 175kW and maximum torque of 350·m. The car comes with both FWD and AWD configurations.

The FY11 features Geely Auto’s special all-black logo. The new logo is based on Geely Auto’s existing blue and gold logo but has been given a black facelift to symbolize the personal side of Geely’s more unique range of vehicles. It will only be used on models with extreme characteristics such as those with sports orientation.

Further details on the interior and configuration of the FY11 will be announced in the near future.