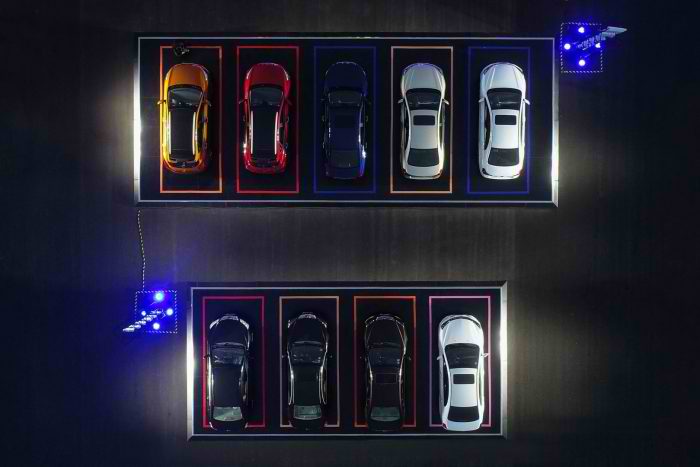 2018 July 15, Qingdao. Over a thousand people from Geely’s Emgrand owners and fan clubs, the media, and Geely dealers came together in the beautiful coastal city of Qingdao to celebrate the delivery of the two millionth Emgrand family model.

Since launching in 2009 the Emgrand range of vehicles has become a legend in the Chinese auto market as the first domestic Chinese passenger brand to have consistently performed well with average monthly sales of over 20,000 cars since its introduction. On average, one Emgrand model is sold every 2.5 minutes since the first one was launched.

The Geely Emgrand family of products initially started with just one model, today that family has become four; the New Emgrand, Emgrand GL, Emgrand GS, and Emgrand EV, all of which have become sales champions in respective market segments. The first model of the Emgrand line was just called Emgrand and after a substantial facelift in mid-2014 it became the New Emgrand. The New Emgrand has become the champion amongst Chinese brands in its segment and the only Chinese model among the top ten A-segment sedans sold in China. The success of this model and its reputation for good quality, competitive price, and reliability laid the foundation for Geely and future products within the Emgrand line.

In 2016, the New Emgrand was joined by its siblings, the Emgrand GL, Emgrand GS, and Emgrand EV. Together they formed a comprehensive product matrix covering multiple market segments including A+ sedan, compact crossover, and A-segment EV. In just two years since launching, 230,000 Emgrand GL and 290,000 Emgrand GS have been sold. Both the Emgrand GL and GS have set new benchmarks in their segments with monthly sales consistently breaking 10,000 units. The launch of the Emgrand EV kicked off Geely’s entry into the era of new energy vehicles with a total range of 450km on a single charge. The Emgrand EV has already been joined by Geely’s new electric crossover, Emgrand GSe, which also boasts a range of 450 km and will be joined by an electrified Emgrand GL in the near future.

Lin Jie, Vice President of Geely Auto Group and General Manager of Geely Sales Company said “On the road we are on, there is no end, only new beginnings. With 2 million as a new starting point, we will continue our journey with the mentality of “respecting the market and being grateful to our users.” We will continue working hard to make the best products, to make refined cars, and to understand the Chinese market and its people so that they can be proud of owning Chinese cars. We firmly believe that as long as we keep doing what we’ve been doing and walk side-by-side with our users, Geely’s upward path like the one the Emgrand family has taken, smooth, fast, and exciting.”