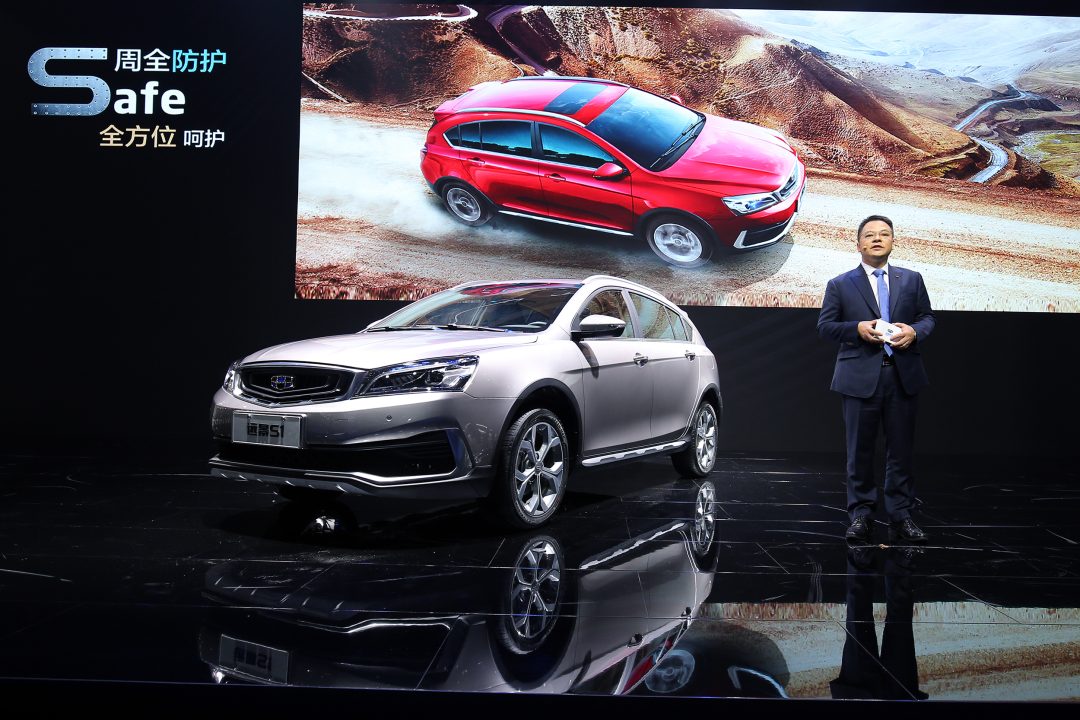 Built for urban consumers, the Vision S1 is packed with technology and performance. The Vision S1 uses Geely’s latest 1.4T and 1.5L naturally aspirated engines. The new 1.4 turbo engine produces 98kW and produces a max torque of 215Nm whilst being extremely fuel efficient, using just 5.9L per 100km. The Vision S1 is equipped with two gear box options; either a CVT automatic or a 5-speed manual.

The Vision S1 is a new type of SUV developed for young consumers and designed to be ‘intelligent, safe, comfortable and sporty’.

With an eight-inch-high definition screen in the center of the dashboard that carries Geely Auto’s latest G-Netlink 3.0 software, the Vision S1 is equipped with high levels of intelligence that allows it to make use of 4G high speed networks, voice interaction, built in dashboard camera and also real time updating maps. Apple’s CarPlay and Android Carlife are standard on the Vision S1.

Under Geely Auto’s 2016 ‘Pivot to SUV’ strategy, Geely has launched four new SUV’s starting with the flagship Bo Yue which sold over 30,000 units in October 2017 followed by the Emgrand GS the first crossover from Geely Auto and the Vision SUV.

The total sales volume of Geely Auto vehicles in the first ten months of 2017 was 952,226 units, an increase of approximately 72% from the same period last year, and achieving around 87% of the Group’s revised full year sales volume target of 1,100,000 units in 2017.