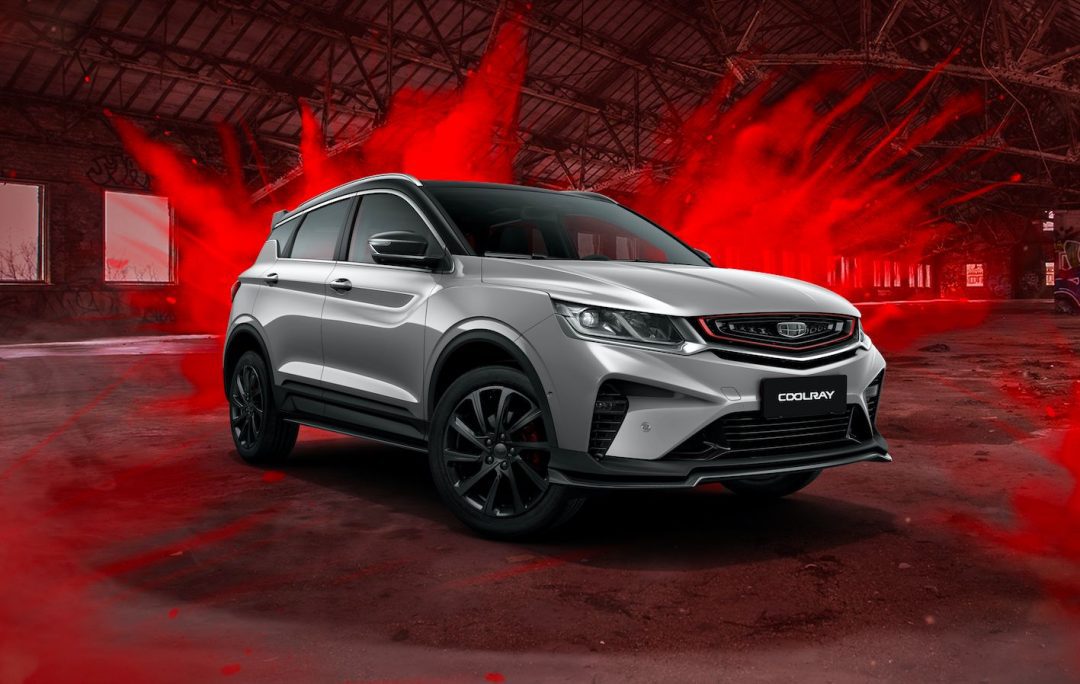 Geely Philippines has made its best-selling, flagship model Coolray even cooler with the introduction of the new Coolray Sport Limited.  The Coolray Sport Limited is also powered by 1.5-liter turbocharged direct injection engine with 7-speed wet type dual clutch transmission which churns out 177 Ps of power and 255 Nm of Torque.

Here are the new cool and exciting features of the Coolray Sport Limited:

The Coolray Sport Limited now has an 18-inch black turbine-inspired wheels to add to its sleek, dynamic, and sporty look.

Considering that seats can be really hot on summer days especially in tropical countries like the Philippines, the Coolray Sport Limited now gets ventilated front seats with 3-level air supply intensity that can be independently adjusted to the driver or passenger’s liking.

The Coolray is the first high-performance SUV built on a BMA platform or the B-segment Modular Architecture. This BMA platform was developed in partnership with Volvo with the assistance of 100 modular architecture experts from over 20 countries. This platform was designed to exceed the criteria for a five-star Euro NCAP safety rating, making utmost safety standard for Geely vehicles.

Designed using the youth power concept, the Geely Coolray has lines and angles which distinguishes itself from other small SUVs in the market. The Coolray Sport Limited also comes with a black roof fitted with panoramic sunroof and with carbon fiber trims to give that youthful sporty look.

Other features of the Coolray include a 7-inch LED Instrument panel display which matches the 3 different driving modes, Comfort, Eco, and Sport. A 10.25-inch Multimedia Touch screen with QD link android connectivity function, makes it easier to operate apps from your phone to the multimedia screen letting drivers to focus on driving.  Part of the cool and innovative features of the Coolray Sport is the G-Pilot system which features an Auto Parking Assist system which lets you do parallel and perpendicular parking with a touch of a button and four (4) Cameras to give a 360-degree view of the car.  It also has a Blind Spot Detection system that alerts the driver on incoming vehicles. Other convenience features include tire pressure monitoring system which provides reading of pressure and temperature of tires in real time and a remote start feature that lets owners turn on the engine and airconditioning system to cool the cabin and front seats especially if the vehicle is parked outside.

Although the Coolray is a small SUV, controlled and safe driving is always ensured as it is equipped with the latest technology and advanced safety features found only on large and luxury SUVs.   Apart from the standard Anti-lock Braking System (ABS) with Electronic Brake distribution system, Coolray is equipped with Brake Assist, Electronic Stability and Traction Control, Hill Start Assist, Hill Descent Control and Cruise Control.

With the Coolray being consistently on top among the competitive brands in the B-segment (two-wheel drive SUV) proves to show that the Coolray remains to be the best in its class. With its standard features and new upgrades, Geely Philippines is confident that it is further bringing unlimited fun in driving with the Coolray Sport Limited.