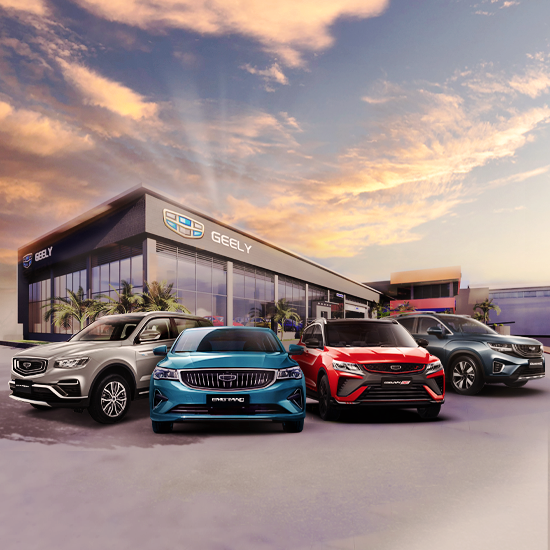 Sojitz G Auto Philippines Corporation (SGAP) marked its 3rd year since Geely’s brand relaunch in the Philippine automotive industry on September 25, 2019. For the past years, Geely has been intensifying its efforts in making its presence felt by more and more Filipino car buyers.

Among the countless achievements realized for the past 3 years, Geely Philippines highlights the milestones it has recently achieved:

Geely has indeed celebrated its 3rd anniversary with flying colors last month after it closed September registering its highest sales record of 1,112 units sales. This figure surpassed Geely Philippines’ 1,058 unit sales record logged in July. The Coolray, getting the chunk of sales at 654 units sold in September, proves to show that the Coolray remains to be the brand’s best-selling model.

Geely Philippines’ significant sales achievement year by year paved the way for the young brand to reach its 15,000 sales milestone in just 3 years.  From January to September 2022, Geely PH has registered an accumulated sales of 7,311 units which represents a remarkable 92% increase growth year on year compared to last year.

This year, Geely participated in 2 major motoring events in the Philippines, the Manila International Auto Show (MIAS) and recently the Philippine International Motor Show (PIMS) which was organized by the Chamber of Automotive Manufacturers of the Philippines (CAMPI).  SGAP President & CEO Yugo Kiyofuji has expressed his appreciation on the recent approval of its membership with the CAMPI saying that “it is a clear testament that the Geely is a brand going from strength to strength, as supported by its growing customer base and dealer network”.

At the recent PIMS 2022, Geely highlighted its existing models, namely, the Coolray, Okavango, Emgrand, and the Azkarra.  With these 4 models, Geely was able to provide Filipino car buyers their need for vehicles with exciting styling, advanced technology and safety, and more importantly top quality.  This propelled Geely to climb to the top 10 ranking in the auto industry for such a short period of time.

SGAP also focused on expanding its dealer network even during the challenging times of the pandemic. At present, Geely has 34 dealerships all over the country and more facilities will be opened soon as it set its eyes to achieve more than 40 dealer outlets for the interim. “Not only limited to the quantity of the dealers, but we are shifting more towards to improve the quality of the dealers to satisfy the customers even more, especially in the aftersales area.  Backed up with Geely global strategy as well as what we do to cope with the customers’ needs in the Philippines, I am very much excited with what the future holds for Geely in the Philippine market,” Kiyofuji said.