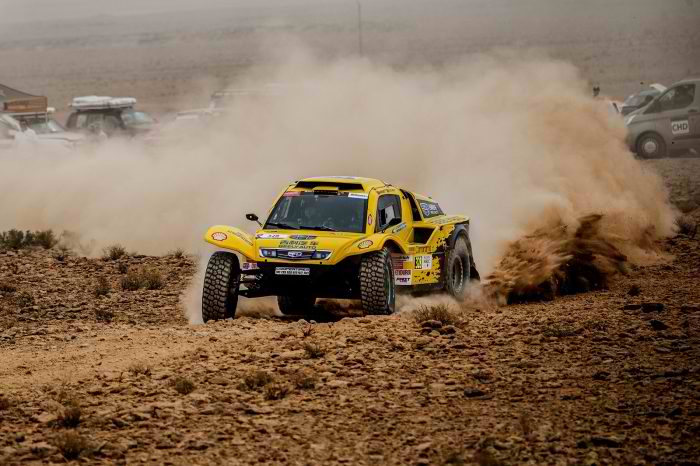 On January 6, 2019 the 41st Dakar Rally will be begin in Lima, Peru and will undertake a 5,000 km journey. The Dakar Rally is considered one of the world’s most challenging and top motorsports event on par with F1 World Championship, 24hrs Le Mans, and WRC World Rally Championship. Many of the world’s top drivers come together each year to challenge the Dakar Rally, but the average completion rate for the event is only 38%. Only the most rugged vehicles in hands of the most skilled drivers can complete the competition.

Methanol is considered a clean and efficient fuel which can be sustainably gathered. Compared with gasoline or diesel, it produces less particulate emissions and burns more efficiently allowing vehicles to perform better and be more environmentally friendly. In motorsports, methanol is used regularly due to its ability to handle higher compression ratios and produce more power. Methanol can be obtained from transforming dirty coal to clean methanol or recycling CO2, removing excess greenhouse gases from the environment. The advantages to methanol is in line with Geely’s pursuit of more efficient, more environmentally friendly mobility, including in motorsports.

For over a decade, Geely has been actively researching and developing methanol powered vehicles, becoming a leader in methanol technology. In 2015, Zhejiang Geely Holding Group invested in Iceland’s Carbon Recycling International (CRI) who have developed sustainable technologies turning excess CO2 captured from power plants, factories, and other sources into clean methanol and commercializing the renewable fuel. Taking part in China’s “Methanol Vehicle Pilot Implementation Plan,” Geely Auto has provided over 90% of the pilot methanol vehicles since 2012. Geely Auto’s methanol taxis have been in operation for over 5 years, traveling nearly 1 billion kilometers. Geely Auto’s methanol powered rally vehicle in the Dakar Rally is the group’s latest innovation in methanol technology.