Overview
Geely at a Glance 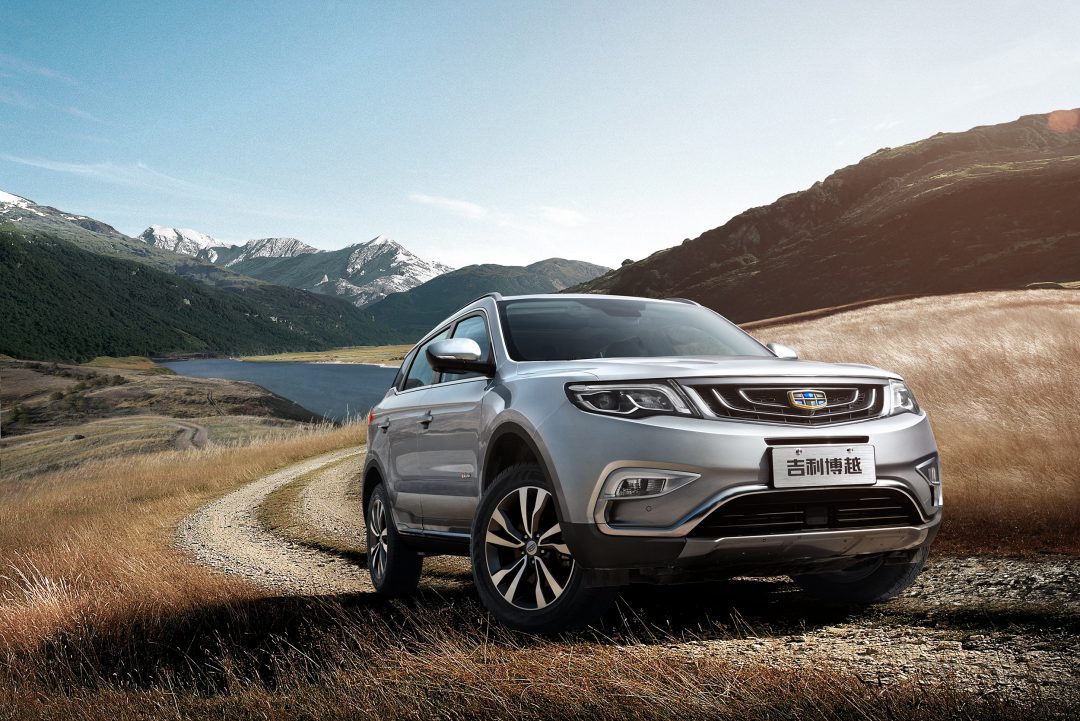 8th January 2018, Hangzhou, China. Geely Auto Group (Geely Auto) has reported annual sales of 1,247,116 units in 2017, an increase of 63% from the previous year and beating their revised annual sales target of 1.1 million units. December sales reached a new high of 153,625 units, an increase of approximately 42% over the same period last year.

Geely Auto’s strong growth came on the strength of the brand’s third generation models, all of which became benchmark products in their respective segments and have subsequently set their own sales records since being introduced in 2015.

Due to strong 2017 sales, Geely Auto Group has subsequently set its 2018 sales volume target to 1.58 million units (including the sales volume target for LYNK & CO-branded vehicles). Geely Auto’s ambitious 2018 sales goal is far ahead of expected market growth, showcasing Geely Auto’s confidence in its current and future product range. Under its “20200 Strategy,” Geely Auto aim to reach 2 million in annual sales by end of 2020.

Since Geely Auto launched its third generation of vehicles in 2015, Geely Auto has been able to push forward with strong growth thanks to their leading products, high quality, renowned service, and increased brand image.

For the last three consecutive months of 2017, Geely Auto’s flagship SUV, Bo Yue, sold more than 30,000 units per month, with December ending with 31,205 units sold and an annual total of 286,900 units. The Bo Yue has become a SUV market leader and has set a new benchmark within the market its leadings levels of intelligence and connectivity.

Geely Auto’s third generation compact sedan, Emgrand GL, which was designed to compete against foreign joint-venture brands in the A+ market segment sold 14,088 units in December and over 145,000 units over the course of 2017, becoming a best selling A+ class sedan in the Chinese market.

Retaining its title as the best selling Chinese A class sedan for the seventh consecutive year, the New Emgrand saw sales of 25,074 in December and over 264,400 units in 2017.

Geely Auto’s sales success is due to its repositioning as a technology leader, the brand’s balanced development of sedan and SUVs products, and the continuous upgrading of their nationwide sales and service network to meet the needs of a new generation of consumers.

Last year, Geely Auto opened its new state-of-the-art R&D facility in Ningbo as the flagship centre of its global R&D network, which employs more than 10,000 research staff. Geely Auto also introduced its iNTEC brand of vehicle technologies which are a package of five leading technologies in the areas of safety, connectivity, powertrain, interior environment, and assisted driving. The launch of iNTEC brand technologies have allowed Geely Auto to reposition itself as a technology leader.

Geely Auto’s strategy of utilizing its strength in the sedan market whilst pivoting to SUVs has created models that are leaders in all segments. The balanced development of sedans and SUVS have led to stable growth across key segments and has enhanced the brand’s competitiveness, performance, and image.

The continuous upgrading of Geely Auto’s sales and service network to meet the needs of a new generation of consumers also played a significant part in the brand’s success. According to the 2017 China Customer Service Index (CSI) released by JD Power, Geely Auto ranked first among Chinese brands with a score of 735 points while the market averaged 703 points. By the end of 2017, Geely Auto already had over 850 dealers with plans to add another 150 this year, the majority of which will be opening in major cities such as Beijing, Shanghai, Tianjin, etc.

Mr. Lin Jie, Geely Auto’s Vice President and General Manager of Geely Auto sales company said “Just as the 3.0 era models have set new benchmarks in the market segment, we are also setting new benchmarks for sales and service in the 3.0 era. Only by upgrading our dealerships and raising our sales and service standards to meet the demands of a new generation of consumers were we able to achieve annual sales of over 1 million units for the first time.”

Geely Auto has also seen a changing demographic of consumers demanding higher priced premium models. The success of Geely Auto’s 3rd generation models has raised the brand’s image and average selling price; In 2017, sales of Geely Auto vehicles priced between 81,000 RMB to 150,000 RMB accounted for over 60% of vehicles sold, highlighting the brand’s transition from competing on low price to one that’s competing on high quality, high tech, and high value.

Geely Auto has seen sales from first and second tier cities account for more than 50% of cars sold, showing the brand’s increasing influence in major metropolitan areas. Sales data have shown an increasing demand from young urban consumers born in the 80s and 90s, from white-collar workers, and from civil servants.

The past year saw the launch of the 01, the first product from Geely Auto’s newest brand Lynk & Co. “Born Global and Connected,” Lynk & Co set a new benchmark for premium car brands globally. In November 2017, the first steps in revolutionizing the traditional automotive model was taken with the launch of the intelligently connected Lynk & Co 01 and online sales model.

With annual sales over 1 million as a benchmark, 2018 will become an important year for Geely Auto’s development. The brand will delve deeper into its refined cars development strategy and continue raising its sales and service standards. The coming year will see Geely Auto launch more than 10 highly competitive new models including sedans, SUVs, crossover SUVs, and MPVs that will further consolidate the brand’s leading position in the Chinese market. Geely Auto’s iNTEC brand of technologies will also be integrated more deeply in upcoming products and launch Geely Auto into a new stage of development based on high quality, high tech, and high value.

Mr. An Conghui, Geely Auto’s President and CEO said “The opportunities and challenges that we will face in 2018 are unprecedented. The new era gives Geely Auto a new mission, new opportunities, and a new future. We will become a brand that truly understands the needs of domestic and international consumers. We must maintain a humble mindset and persevere with this task, we must continuously push the limits and innovate in order to give consumers the best products possible.”