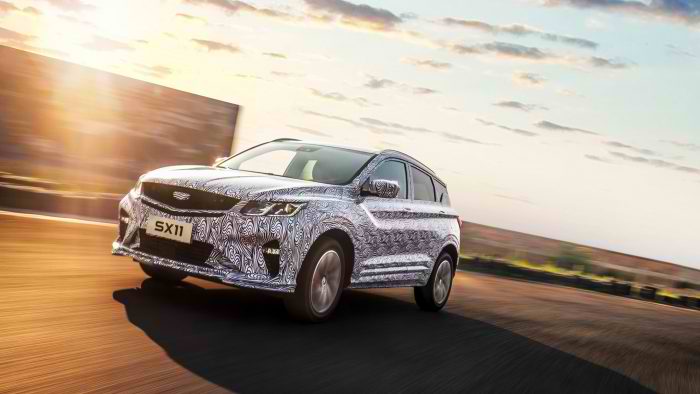 2018 July 26, Hangzhou Bay, Ningbo. After the debut of their latest vehicle architecture for small compact vehicles, B-segment Modular Architecture (BMA), Geely Auto has now confirmed that two of their forthcoming models will utilize the new global architecture. Geely’s latest compact sedan, Bin Rui and a crossover SUV code-named SX11 will be the first two models produced on the BMA.

BMA is an entirely new global modular architecture independently developed by Geely Auto and will become an important part of Geely’s global and product development strategy. The introduction and use of BMA will greatly shorten the development cycle of Geely Auto Group models as well as improving product quality thoughout the wider Group. Geely will utilise BMA to provide more robust product offerings to the global market and support Geely in meeting their “20200” strategy goal of achieving 2 million in annual sales by 2020.

The Bin Rui sedan, which was previewed by select media earlier this year, is aimed at the compact segment, specifically at younger consumers due to its sports orientated design, dynamic driving experience and high levels of on board technology.

The new SX11 SUV Crossover will be officially unveiled later this year and will utilise a 1.5TD engine jointly developed by Geely Auto and Volvo Cars. In a recent benchmarking test, the SX11 achieved an average acceleration rate of 7.9 seconds from 0-100kph, faster than many of its rivals, including those from luxury brands.

Both the Bin Rui sedan and the SX11 Crossover will be formally launched in the third and fourth quarters of 2018.