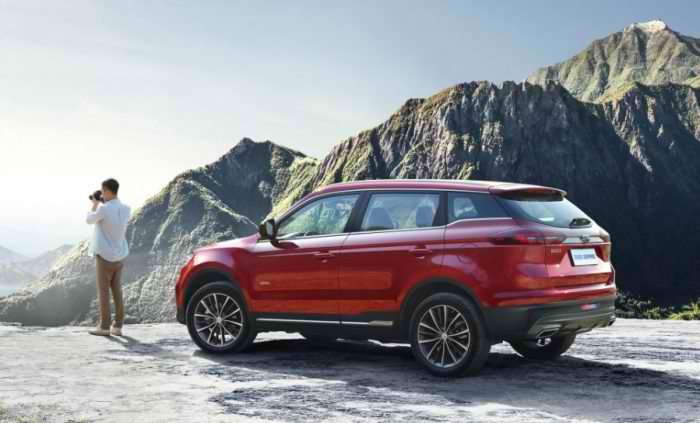 07 January 2019, Hangzhou, China. Geely Auto Group (Geely Auto) has reported annual sales of 1,500,838 units in 2018, an increase of 20.3% from the previous year. This year marks the first time that Geely Auto has breached sales of 1.5 million units, maintaining its position as the best-selling Chinese auto brand for passenger cars.

In 2018, Geely sold over 857,922 SUVs accounting for 57% of Geely’s total sales showcasing the success of Geely Auto’s entry into the SUV segment and subsequently becoming a leader in the segment. Geely’s best-selling ‘connected and intelligent’ SUV, the Bo Yue reached sales of 255,695 units in 2018 with average monthly sales of over 20,000 units. The popular model has sold over 650,000 units since its launch in March 2016. The Emgrand GS, the first Chinese crossover model reached sales of 157,638 units in 2018, whilst the value focused Vision SUV and Vision X3 SUV reached sales of 113,309 and 116,944 units respectively over the course of 2018. Geely’s first crossover on the all new BMA architecture, the Bin Yue, was launched in October 2018 and sold a combined 23,361 units in its short time on the market.

In the sedan segment, Geely’s flagship Bo Rui GE sedan reached 44,299 units sold, an increase of 4% year over year. The all New Emgrand continues to be the best selling Chinese sedan for the 7th year running with sales reaching 246,933 units through 2018. The value focused Vision sedan sold 143,851 units, continuing its strong growth. The Emgrand GL sold 148,531 units, an increase of 20% in one of China’s most competitive segments. Geely’s first sedan based on the BMA architecture, Bin Rui, sold 33,084 units in the four months it was on the market in 2018.

Geely Auto’s brand success has been focused around putting market demand and customer experience at the forefront of every process, from design to engineering to the purchasing and the after sales experience.

Geely consumers are younger and more urbanized than ever before with more than 50% of consumer being located in first and second tier cities and 51% of consumers being born in the 1990s or later.

In 2018 Geely Auto added 200 new dealerships to its network with more than 45% transferring from established joint venture brands. On average each dealer was selling around 1450 cars per year on average, an increase of 10% over 2017.

LYNK & CO’s dealership network continues to expand with 212 dealers in operation and a further 114 expected to go into operation over the course of 2019.

Throughout 2018, Geely Auto laid the foundation for the future of its development with the creation of five global R&D centres and five design centres focusing on the development of new energy and connectivity technologies and maintaining Geely’s position as a leader in automotive technologies.

Geely Auto announced its technology development plan for the future in May 2018 which includes the development of electric, hybrid, alternative fuels and fuel cell technologies.

In 2019, Geely Auto aims to introduce a series of new models into new segments such as the MPV segment and will also introduce mild hybrid and plug-in hybrid versions of all its key models such as the Bin Yue, Bin Rui, Emgrand GL etc. At the same time, the LYNK & CO premium brand will benefit from the introduction of electrified 02 and 03 models to be sold alongside the current 01 PHEV.

Geely will also make use of the Compact Modular Architecture (CMA) for the first time, with the introduction of the FY11 Geely Coupe SUV.

Based on the introduction of new and improved models in the current volatile global market environment, Geely Auto Group has set its sales goal for 2019 at 1.51 million units.

“In the new year, Geely Auto will continue being focused on the market, pay close attention to user demands, and increase our market share in China and globally.  Geely Auto will fully tap into the potential of our whole ecosystem, strengthen our capability to develop sustainably, and create high-quality, high-tech, and high-value products for our users. Through the process of creating more value for consumers, we will promote the advancement of Chinese manufacturing capabilities towards the higher end of the global industrial value chain and transform the global automotive industry.”