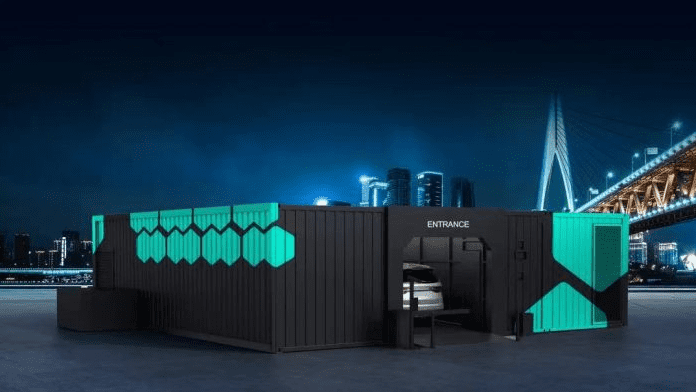 Geely Technology Group began researching battery swapping technologies in 2017 as it grew its R&D team to over 1,000 people and registering hundreds of patents in the process for the operating service and also for the development of battery swap vehicle architectures.

The first battery swapping station from E-Energee came online in Chongqing in September 2020 and over the past 12 months, its service has expanded to ten Chinese provinces with the goal of bringing 5,000 stations online across China by 2025.

Under the E-Energee service, drivers are able to swap their battery for a fully charged one within 59 seconds through automatic registration payment service that allows them to drive into the station and automatically swap the battery without users exiting the vehicle.

The current E-Energee service is predominantly used by mobility fleets who are able to have their electric vehicles running with greater efficiency through the use of battery swap that cuts out longer charging times.