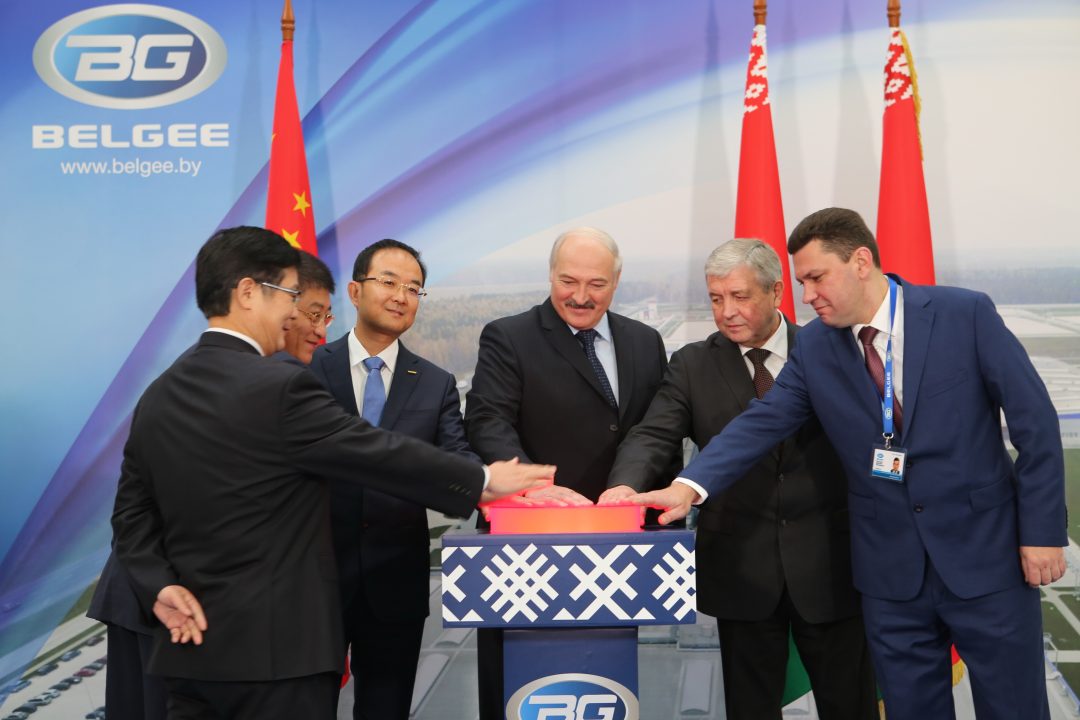 17 November 2017, Borisov, Belarus. A ceremony was held for the first Belorussian assembled Geely Atlas (X7 Sport or Boyue in other markets) to roll of the assembly line at the new BELGEE CKD plant. In attendance were Belarus President Alexander Lukashenko, Chinese Ambassador to Belarus Cui Qiming, and Geely Auto Group President An Conghui. The opening of the new plant represents a step forward in Geely’s globalization strategy and in China’s “One Belt One Road” (OBOR) Initiative.

Speaking at the launch ceremony, Belarus President Lukashenko said “China and Belarus friendship goes back a long time and this new factory is a new milestone in our two countries relationship. This new plant and Geely will lead the Belarussian automotive industry into a new path of development”

The new BELGEE plant located in the city of Borisov and covering an area of 118 hectares has a planned annual production rate of 60,000 units with 50% localization. It will assembly the Atlas and other new third generation refined Geely models for the CIS market including Belarus, Russia, Ukraine, etc. The Atlas has already sold over 330,000 units since its launch in 2016 and in the first 10 months of 2017, it sold 228,000 units making it one of the most popular SUVs in the Chinese market.

An Conghui, CEO of Geely Auto Group, said that “in the light of the strategic development opportunities presented to us from the “OBOR” Initiative, the road for privately-owned Chinese automotive brands to develop globally is not just by selling more cars. Thinking about the long-term, Geely has changed its idea of “going out” from the simply exporting vehicles to the development of a global industrial strategic layout of products, technologies, talents, and capital. Based on this understanding, Geely follow a “going in” mentality in which they leverage its internal strengths, give play to its comparative advantages, and participate deeply in local industrialization in order to develop a global industrial strategic layout. This new BELGEE plant is just one step in this new direction.”