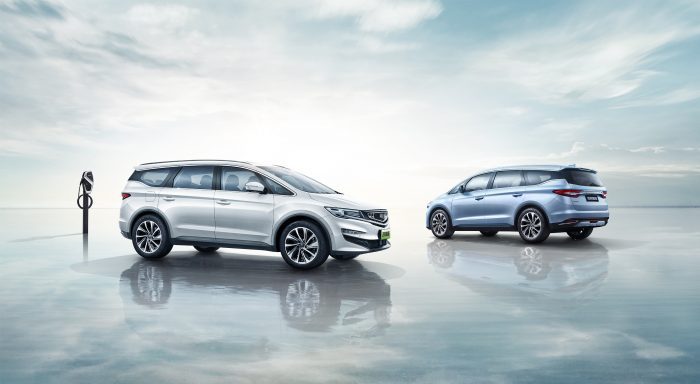 The journey to an electrified future is taken a step at a time. In 2020, Geely Holding Group passed a new milestone in its journey to a fully electric future with the sale of over 200,000 electrified vehicles in a single year.

Geely Holding’s vision is for a “sustainable future” and guided by this vision, Geely’s brands have all taken steps towards an electrified future. With each of its brands serving consumers in different markets with different needs, Geely Holding has pursued a strategy of developing products with varying levels of electrification (pure electric, PHEV etc.) rather than going with a one-size fits all purely electric route.

Despite chaotic market conditions in 2020 with production shutdowns and extended lockdown measures for Covid-19, Volvo Cars saw global sales of its plug-in hybrid and pure electric Recharge models grow exponentially.  With a goal of having 50% of the brand’s sales coming from electrified vehicles by 2025, the progress Volvo has made last year alone gives some assurance that the brand will reach its goal ahead of schedule.

After much anticipation, the electric performance brand Polestar began delivery of its first pure electric crossover SUV, the Polestar 2, in the second half of 2020. With the brand’s commitment to digital purchasing and production capability in China, Polestar was able to get around the worst of the pandemic and fulfil its delivery commitments to thousands of customers around the world ahead of schedule.

Geely Auto, which serves consumers in markets where charging infrastructure has yet to reach the level found in mature European markets, continued introducing new hybrid powertrain options in its latest models, opening the door to electrified vehicles to more consumers around the world. In urban regions with robust charging infrastructure, the brand has introduced its affordable high-tech plug-in hybrid models to great acclaim.

Lynk & Co, which opened its first Club in Amsterdam in 2020, began taking orders for its hybrid 01 model. In the European market, the brand will operate on a subscription business model offering only hybrid and electrified models, thereby promoting greener mobility.

At the 2020 Beijing Auto Show, Geely Holding debuted its open-source pure electric Sustainable Experience Architecture (SEA) – a major part in the Geely’s electrified future – and previewed the first model developed on it, the Lynk & Co ZERO Concept. Open-source means the architecture is open to brands and developers all over the world, setting the stage for Geely to become a mobility technology service provider and OEM producer. In the previous decade, Geely laid the groundwork for an electrified future. In the next decade, Geely will begin accelerating towards an electrified future. While the more than 200,000 electrified vehicles sold by the group’s brands in 2020 is evidence of the group fulfilling its commitment to a “sustainable future”, the years to follow will undoubtedly be even more promising.